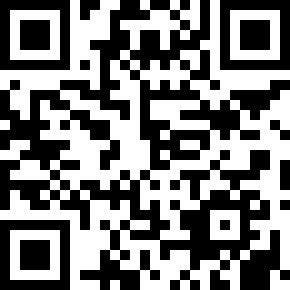 Page view
[Abstract]:
PlayingVideosonLEDScreensToplayvideosonaLEDscreenavideofilewillbeloadedintotheLEDscreensoftwareiftheformatisinAVIorMPEG.Anotheroptionisthatthevideo(s)orpublicityspot(s)isplacedonaDVDandcanbeloadedwith
Playing Videos on LED Screens
To play videos on a LED screen a video file will be loaded into the LED screen software if the format is in AVI or MPEG. Another option is that the video(s) or publicity spot(s) is placed on a DVD and can be loaded with the LED screen software directly from the DVD. But the question will be: "In what aspect ratio I have to produce my video?". The answer is very simple and will be explained in this article!
Wide Screen and Letterbox Mode for LED Screens
A DVD-player or blu-ray can be connected to any LED screen, but with a Widescreen LED screen you will get the most viewing enjoyment. DVD-Video supports multiple aspect ratios. Video stored on a DVD in 16:9 format is horizontally squeezed to a 4:3 (standard TV) ratio. On Wide-screen LED screens, the squeezed image is enlarged by the LED screen to an aspect ratio of 16:9.
DVD video players and video files output widescreen video on LED screens in three different ways
Letterbox (for 4:3 LED screens)
Pan & scan (for 4:3 screens)
Anamorphic or unchanged (for wide LED screens)
In widescreen or letterbox mode, if a movie is wider than 16:9 (and most are), additional thin black bars will be added to the top and bottom at production time or the sides will be cropped. Video stored in 4:3 format is not changed by the player. It will appear normally on a 4:3 screen. Widescreen systems will either stretch it horizontally or add black bars to the sides.
Advanced Live Video Processor for LED Screens
With our advanced live video processor, the image can be adjusted horizontally and vertically to make the image or video fit the screen. Another option is to produce the video in the right aspect ration of the screen, due to the fact that some screens do have odd sizes which makes the aspect ratio wider or longer.
Conclusion Aspect Ratio LED Screens
It is not necesary to have a wide screen LED screen to play different kind of movies, video clips and pictures and animations. A LED screen can play any kind of aspect ratio, although it might be possible that the image will be cropped leaving a black line at the top, bottom, left or right of the image. But with the advanced live video processor it can be eliminated although the image will deform a bit depending on the aspect ratio.
Previous article:
The Relationship between screen Brightness and View Angle
LED Screen Power Consumption Explained
Next article: